This project is aimed at implementing the energy use of agrarian biomass in Kivsharivka town (Kupiansk city), Kharkiv region, in order to produce electricity from biomass, with simultaneous production of heat for district heating consumers in  Kivsharivka during the heating period.

The additional positive factors of this project are:

The important conditions for the possibility of such implementation are:

In the framework of this feasibility study, the possibility of installing CHP plants of various installed electric capacity (6 or 10 MW) was considered as well as, alternatively, biomass-based boiler houses with installed heat capacity of 5 or 10 MW.

The analysis of fuel biomass resources in the region has shown that baled straw or sunflower husk pellets can be considered as fuel. The necessity of the own harvesting and supply system of baled straw was identified as an integral part of the project, for implementation of both CHP or boiler house. The option of sunflower husk pellets as fuel was considered only for the boiler-house.

Based on the preliminary technical and economic analysis of several variants of CHP and biomass boiler houses, three main options were selected:

For the implementation of straw fuelled CHP, an appropriate Ekol boiler equipment is offered. The condensing steam turbine is assumed for implementation of the CHP project, of installed electric capacity around 10 MW, with adjustable steam selection, with pressure of 1.5-3 bar. Turbine inlet / outlet steam pressure is 40/0.05 bar, 400/45 °C. The turbines of such manufacturers as Siemens, MAN, PBS, or others with the necessary characteristics can be used.

The concept of TTS company (Slovakia), based on two boilers of 5 MW each, was adopted for the boiler house, fuelled by straw bales. 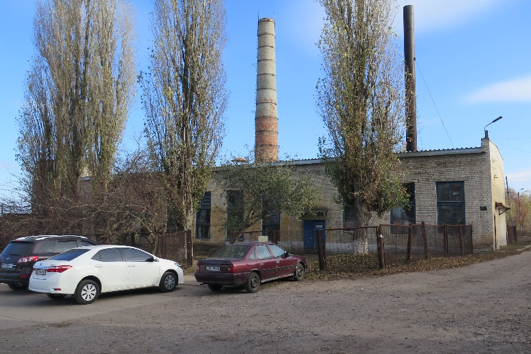 The boiler-house on sunflower husk pellets can also be completed with TTS boilers or boilers of appropriate capacity of other producers (for instance, Retra, Thermostahl Bioplex, Granpal).