In April 20-21 2018, in the Odessa region, with the assistance of the Bolgrad City Council on the basis of the vineyards LLC “Agrotrans”, a mini-plant for the production of biomass briquettes “Izmail Production Company” LLC in the village of. Kamyanka Izmailsky district and with the assistance of objects of social sphere in the city of Bolgrad, demonstration projects of grapevine energy use in solid fuel boiler houses had been held. The event was organized by SEC Biomass – UABio member together with Association “Ukrainian Agribusiness Club” within the framework of the project “uP_running – sustainable supply of woody biomass from agrarian pruning and plantation removal” funded by the European Union Research and Innovation Program Horizon 2020.

The vine energy use topic caused a great interest in the local community, including business representatives. About 21% of the total area of grape-bearing planting area in agricultural enterprises is concentrated in the Bolgrad region. So, the Bolgrad region is a leader in the areas of vineyards in the Odessa region. During the annual cuttings from each hectare of vineyards formed from 2.2 to 4.4 tons of vine, which according to fuel characteristics is similar to wood. In 2015, the area of grape-bearing planting in agricultural enterprises was 3840 hectares, and the annual economic energy potential of the cuttings from these plantations was estimated by experts of the NGO “Renewable energy Agency” as 5167 tons of conventional fuel. At present, the available resources of this biomass are not used, the vine is harvested on heaps near vineyards and burned.

On the first day of the demo project, technological operations were carried out on the harvesting of grapevine and its processing into fuel briquettes. In the vineyards near the city of Bolgrad, manual cutting of grapes was carried out, and the vine, according to established practice, was pushed out of a row by a tractor and stored in a heap. A trial batch of last year’s vine was transported to pilot for the south of the Odessa region biofuel mini-plant in the Kamenka village Izmailsky district for processing into two types of solid biofuels: cod and briquettes. The Mini-Factory is an enterprise where local enthusiasts worked out briquetting technologies for various types of local biomass, including grape vines.

It should be noted that vine is a specific raw material for briquettes, which requires special equipment for grinding before briquetting. After shredding, a piece of cod was taken for burning, while the rest was processed on a mechanical press with a productivity of 350 kg/h in NIELSEN type briquettes. Biofuels were packed in bags and transported to the city of Bolgrad.
On the second day, with the participation of representatives of the local community, biofuels from the vine were burned at the social facilities of the city of Bolgrad, in particular, the cod – in a solid fuel boiler house in kindergarten, and fuel briquettes – in the boiler house of the primary medical and sanitary assistance center. Trial burning in existing solid fuel boilers in practice confirmed the good fuel performance of biofuels from the vine.

Accumulated by the uP_running project best European practices in the energy use of woody biomass from agrarian pruning and plantation removal of perennial crops together with the enthusiasm and experience of the local community, creates opportunities for the introduction of modern technologies for the harvesting and processing of grapevine into solid biofuels and their use in heating systems. Grapevine value chains development will contribute to the implementation of the energy policy of the Bolgrad city, in accordance with the city council “Plan of action for sustainable energy development and climate by 2030 in the city of Bolgrad” adopted at the end of 2017. 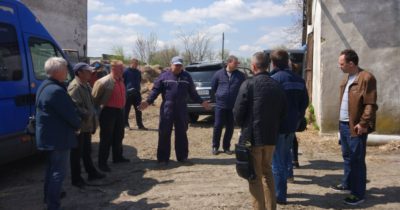 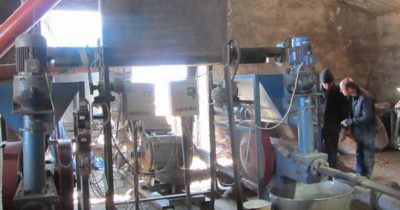 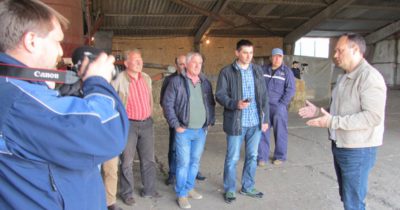 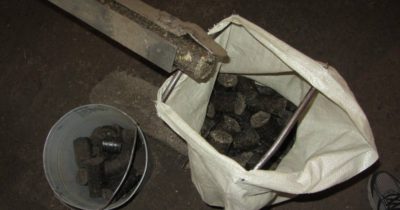 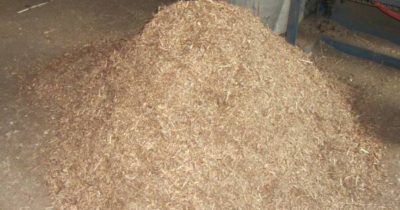 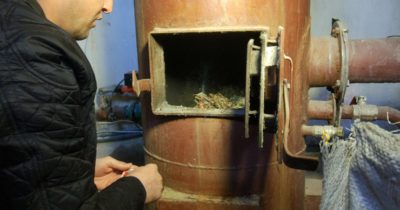 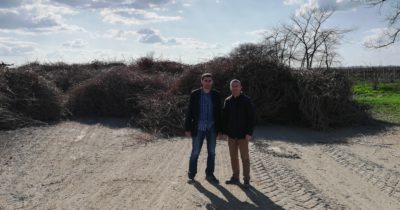 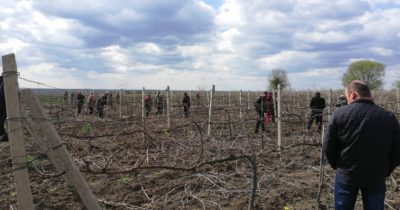